In the U.S. alone, nearly one in five people live with a disability. ADA compliance services from 7SPIRIT use advanced AI technology to provide a great experience for all site visitors — regardless of impairments or disabilities. Send us your website and email address to make sure your site complies with ADA and 508 standards, and start improving user experience (UX) today! 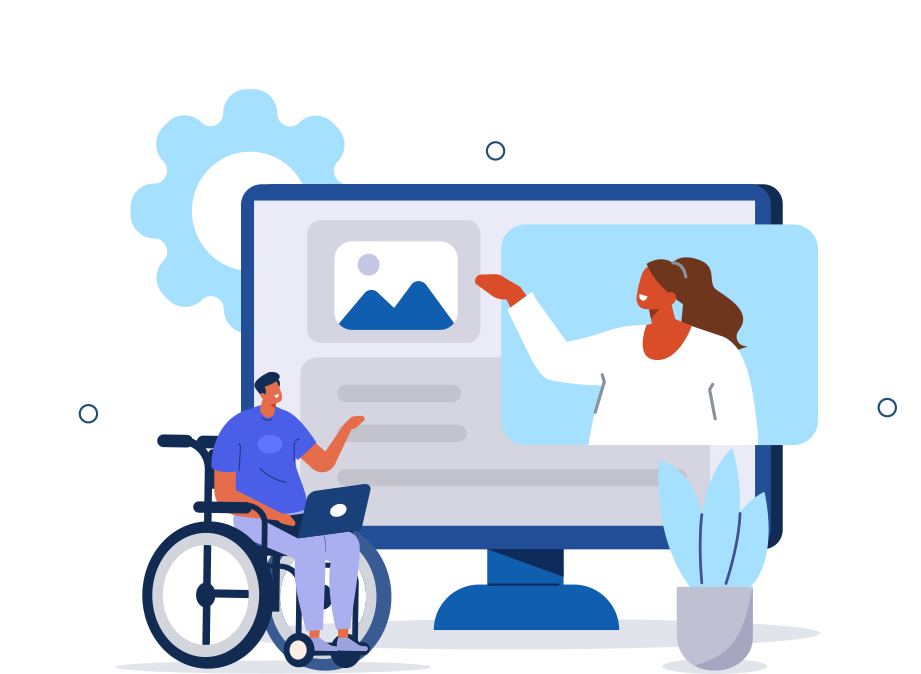 Our plans adapt to your website size. Professional Accessibility Services can cost between $5,000 and $50,000 per year.

We take care of the installation and configuration within 1 business day for a fast turnaround. You have nothing to do.

We provide you with a customized Accessibility statement for your website as well as Certification.

We take care of the installation and configuration within 1 business day for a fast turnaround. You have nothing to do.

We provide you with a customized Accessibility statement for your website as well as Certification.

Everyone should be able to enjoy your website, regardless of ability !

By streamlining accessibility, our solution empowers your business to take the inclusive approach and comply with ADA & WCAG.

All monthly plans include

At 7SPIRIT, we understand Americans with Disabilities Act (ADA) and Section 508 compliance standards — and we aim to make your website accessible to all visitors.

Our AI-powered compliance services include:

Are you ready to dive into ADA compliance services? Contact us today to learn how to get started.

If your website isn’t ADA compliant, you’re preventing millions of visitors from enjoying a positive experience on your site.

In addition to ensuring your site provides a great User Experience, there’s a link between website accessibility and search engine optimization (SEO). 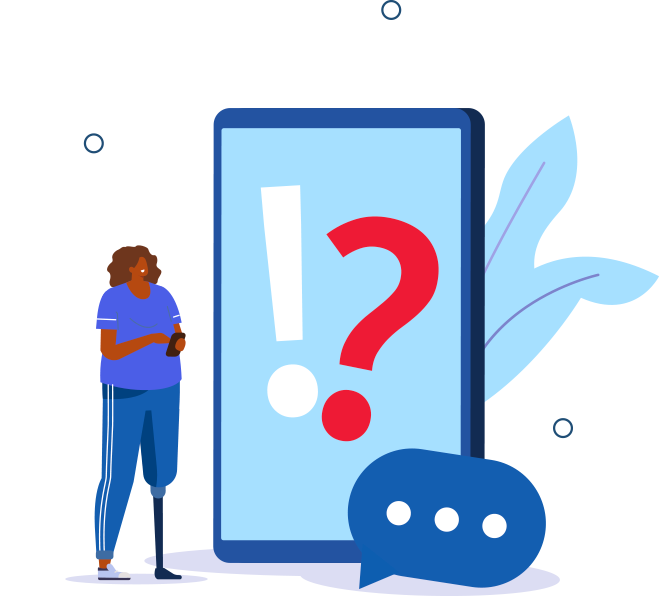 Compliance can boost your SEO 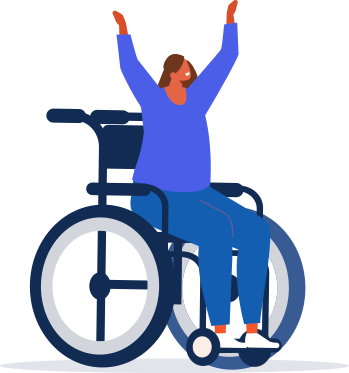 Our ADA compliance services can boost your site’s relevance, improve UX, and encourage people to spend more time on your site. All of these things send positive signals to search engines, like Google, and can boost your rankings to the top of search engine results pages (SERPs).

Although federal agencies have been required to make their sites accessible to people with disabilities since 1998, it was not until fairly recently that anyone took action against non-compliant sites. This changed when the National Federation of the Blind (NFB) started bringing attention to the issue.

In the past few years, they’ve filed Section 508 lawsuits against several major agencies and businesses, including the Small Business Administration, the Social Security Administration, and the US Department of Education.

These federal agencies’ sites were all inaccessible to blind Internet users and prevented them from filling out forms and accessing certain information.

How about privately-owned business?

Privately-owned businesses and corporations have also been subject to accessibility lawsuits. In 2006, for example, the NFB, NFB of California, and a blind college student filed a lawsuit against Target Corporation.

Target’s site was inaccessible to blind users, and did not allow them to access information or make purchases. This violated the Americans with Disabilities Act (ADA), and the court ruled in favor for the NFB.

This set a precedent for online retailers, and as this becomes more of a well-known issue, there are likely to be similar lawsuits in the future for websites that are inaccessible to customers with disabilities.

In fact, some individual citizens have started filing their own lawsuits over ADA violations in recent years. Between 2012 and 2015, one blind man in Beaver County filed 66 lawsuits against various businesses with inaccessible sites – and has “reached confidential settlements” with every single one.

The companies he sued ranged from clothing retailers to banks to auto repair shops, demonstrating that regardless of industry, any business could be at risk for lawsuits over ADA violations.

Our strategy for website ADA and 508 compliance leaves no stone unturned to ensure we tackle everything from the big picture down to the smallest details.

Need to ensure your website has ADA and 508 compliant web design?

What is ADA compliance?

In 2010, the Department of Justice (DOJ) published the Americans with Disabilities Act (ADA) Standards for Accessible Design. According to ADA standards, all electronic and information technology must be accessible to people with disabilities.

ADA standards apply to commercial and public entities with “places of public accommodation” which includes the Internet.

In short, the law impacts:

What disabilities do our services cover?

If your website isn’t ADA compliant, you’re preventing millions of visitors from enjoying a positive experience on your site.

In addition to ensuring your site provides a great (UX), there’s a link between website accessibility and search engine optimization (SEO).

The Section 508 legislation is an amendment to the Workforce Rehabilitation Act of 1973, signed into law by President Clinton in 1998. This amendment requires the information technology of Federal Agencies, including websites, to be accessible to those with disabilities.

Why partner with 7SPIRIT for ADA & 508 compliance services?

7SPIRIT offers ADA and Section 508 compliance services for businesses, non-profit entities and the private sector to ensure your organization’s website is meeting the standards set by the Federal government.

We will evaluate your site page-by-page ensuring any and all accessibility requirements are fulfilled, making sure any visitor to your site who lives with a disability has the means necessary to experience your site in its entirety.

Our solution includes skilled web designers and expert accessibility analysts with extensive development backgrounds and the technical insight needed when developing or testing ADA and 508 compliant web-based content. And our thorough approach will leave you with a compliant website that is accessible, attractive, and engaging for any viewer.

7SPIRIT is a creative agency and graphic design studio with expertise in branding, web design and print. Based in Plantation, we work with a whole range of clients and all sized businesses, mostly in United States and Europe.